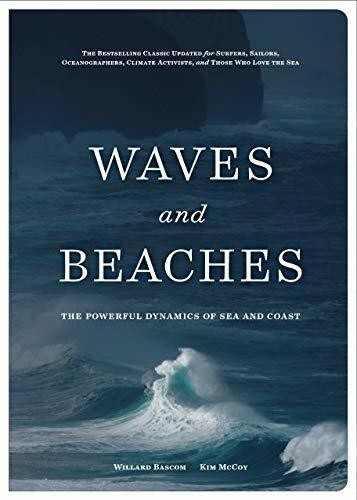 The Stirring Science of Sea and Surf

First published in 1963 and updated in 1979, this classic was an essential handbook for anyone who studies, surfs, protects, or is fascinated by the ocean. The original author, Willard Bascom, was a master of the subject and included a wealth of information, based on theory and statistics, but also anecdotal observation and personal experience. It brought to the general public understanding of the awesome and complex power of the waves.

This update from Kim McCoy adds recent facts and anecdotes to update the book’s relevance in the time of climate change. One of the most significant effects of global warming will be sea-level rise. What will this mean to waves and beaches, and what effects are we already seeing? New text and photos cover events such as the Indian Ocean tsunami of 2004, Hurricane Katrina flooding of 2005, and the 2011 earthquake and resulting devastation in Fukishima.

As well as students, surfers, and the general public, this updated edition of a beloved classic is an essential handbook for ocean activists, providing clear explanations and detailed resources for the constant battle to preserve the shore.