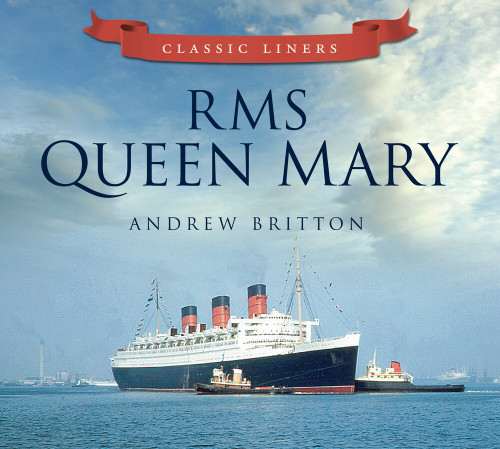 A colorful new history of the historic RMS Queen Mary, now a floating museum and restaurant

Including deck plans, accounts from log books, and ship records, this book tells the story of Cunard's RMS Queen Mary, who along with her running mate Queen Elizabeth covered the transatlantic route from Southampton to New York via Cherbourg, the British answer to the German and French superliners. She was launched in May 1936 and immediately won the coveted Blue Riband, winning it again in 1938, before she served as a troop ship in the war. She then carried on plying the Atlantic route with Queen Elizabeth until the jet age changed the world again and she was retired, now preserved as a floating museum and restaurant in Long Beach, California. Andrew Britton presents a wealth of unpublished photographic material and ephemera from his unparalleled collection to tell the story of this historic liner, including rare wartime views, shots of her "grey ghost" paintwork, unique behind-the-scenes photographs, aerial shots, interior views, and a wide selection of ephemera. Even including captain's invitations, this superlative book offers a captivating trip through the history of this great liner.