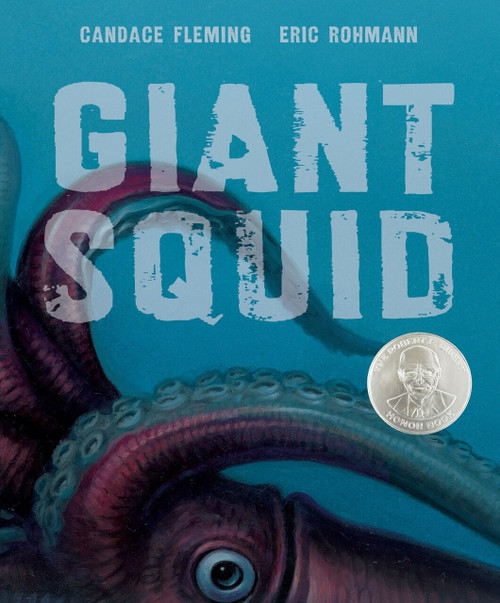 The giant squid is one of the most elusive creatures in the world. As large as whales, they hide beyond reach deep within the sea, forcing scientists to piece together their story from those clues they leave behind.

An injured whale's ring-shaped scars indicate an encounter with a giant squid. A piece of beak broken off in the whale's belly; a flash of ink dispersed as a blinding defense to allow the squid to escape-- these fragments of proof were all we had . . . until a giant squid was finally filmed in its natural habitat only two years ago.

In this beautiful and clever nonfiction picture book about the giant squid, Candace Fleming and Eric Rohmann explore, both visually and poetically, this hidden creature's mysterious life.