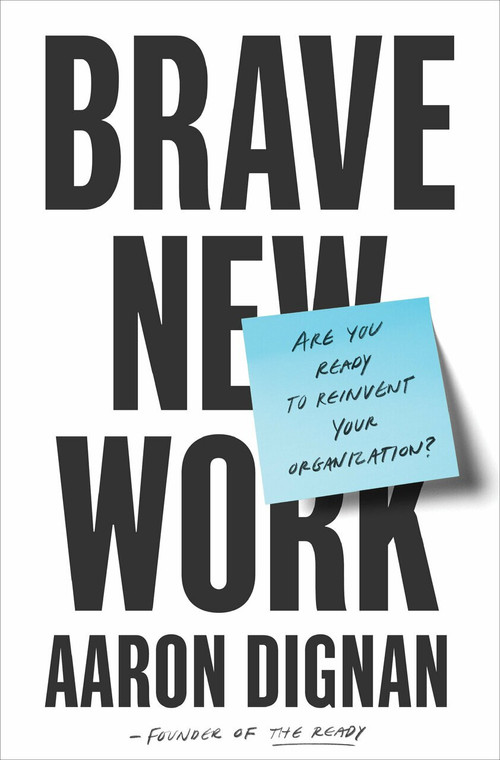 Bulk Discounts for Brave New Work (Are You Ready to Reinvent Your Organization?)

Are you ready to eliminate red tape, kill bureaucracy, and do the best work of your life?

Is there any hope for a solution? Haven't countless business gurus promised the answer, yet changed almost nothing about the way we work?

That's because we fail to recognize that organizations aren't machines to be predicted and controlled. They're complex human systems full of potential waiting to be released.

Dignan says you can't fix a team, department, or organization by tinkering around the edges. Over the years, he has helped his clients completely reinvent their operating systems--the fundamental principles and practices that shape their culture--with extraordinary success. And they're not alone.

Imagine a bank that abandoned traditional budgeting, only to outperform its competition for decades. An appliance manufacturer that divided itself into 2,000 autonomous teams, resulting not in chaos but rapid growth. A healthcare provider with a headquarters of just 50 people supporting over 14,000 in the field--named "best place to work" year after year. And even a team that saved $3 million per year by cancelling one monthly meeting.

Their stories may sound improbable, but in Brave New Work you'll learn exactly how they and other organizations are inventing a smarter, healthier, and more effective way to work. Not through top-down mandates, but through a groundswell of autonomy, trust, and transparency.

Whether you lead a team of ten or ten thousand, improving your operating system is the single most powerful thing you can do. The only question is, are you ready?