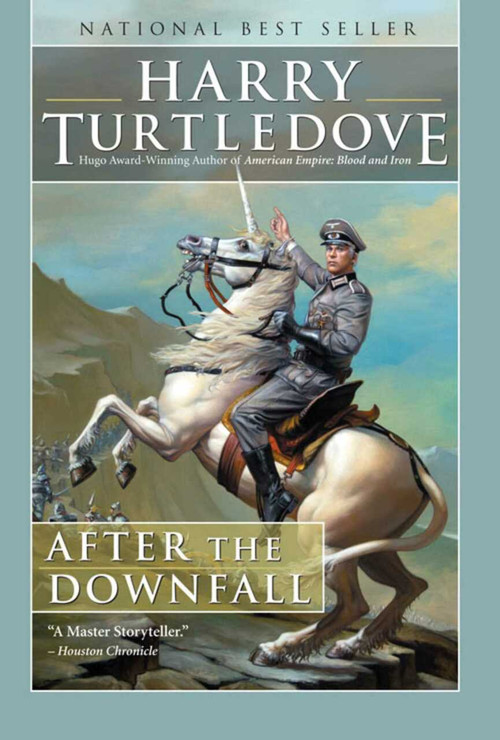 Bulk Discounts for After the Downfall

From Harry Turtledove, the master of alternate history, comes After the Downfall, a novel of magic, epic warfare, and desperate choices.
1945: Russian troops have entered Berlin, and are engaged in a violent orgy of robbery, rape, and revenge. Wehrmacht officer Hasso Pemsel, a career soldier on the losing end of the greatest war in history, flees from a sniper's bullet, finding himself hurled into a mysterious, fantastic world of wizards, dragons, and unicorns. There he allies himself with the blond-haired, blue-eyed Lenelli, and Velona, their goddess in human form, offering them his knowledge of warfare and weaponry in their genocidal struggle against a race of diminutive, swarthy barbarians known as Grenye. But soon, the savagery of the Lenelli begins to eat at Hasso Pemsel's soul, causing him to question everything he has long believed about race and Reich, right and wrong, Ubermenschen and Untermenschen. Hasso Pemsel will learn the difference between following orders... and following his conscience.