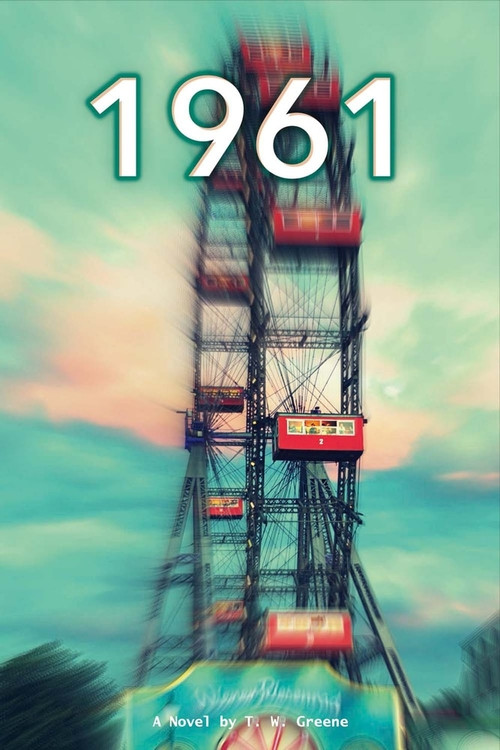 1961 a novel narrating a fast-paced, fantastical “road trip” filled with grand historical vistas and events, memorable characters, humor, drama, and suspense. The memoir chronicles two boys’ adolescent growth in the thick of a tumultuous year. Penned from the perspective of sensitive and thoughtful JACK, this journey leads the boys and the reader from idyllic childhood days in Connecticut to horrific tragedy at Seattle’s Space Needle. Innocence lost. Life realized. Jack’s immense heart and ever-present love for family and best friend SPENCER forge his identity and destiny. SPENCER, a self-assured adventurous middle-class son of a pilot, stoically deals with loss when his father’s plane vanishes. In turn, he discovers fortitude as he globe-trots with Jack, his absolute confidant. Through a series of adventures so different from all he’s ever known, Spencer learns the importance of true friendship and self-worth. Jack and Spencer are thrust into thrilling, off-beat and downright fantastic situations. They rub shoulders with noted historical figures and manage to escape the “jaws of death” three times. Both friends are born on the same day, three hours apart. The drama begins on their birthday as the two thirteen-year-old boys nearly drown in a Connecticut river, and ends soon after the 25-year old men, passengers aboard the fateful Eastern flight 401 to Miami, crash into the Florida Everglades. This fast paced novel, 1961, transports the reader onboard their grand voyage from the family’s bases; the beach house set in the dunes of Perdido Key, Florida, the mansion in Bedford Hills, New York, the four-story granite Vienna manor, and the turn-of-the-century shingle-styled cottage high atop Maine’s rocky shore-lined cliffs. Head-on, the old-moneyed family faces an America gripped in racial tension, and a Europe in the heat of the Cold War. The mystery of Jack’s father’s occupation propels the family by plane, train, ship, and automobile. Their story is shaped by: The Kennedy Inauguration, Vienna, a divided Berlin, races at Monza and ultra-swank Monaco, a mysterious Greek island, Venice and Provelglia at Easter, frantic Santa Monica, the Freedom 7 space launch on Cape Canaveral, and discovery of stolen art high in the Swiss Alps. This family exemplifies glamor, exuberance and above all, the art of dealing in secrets.