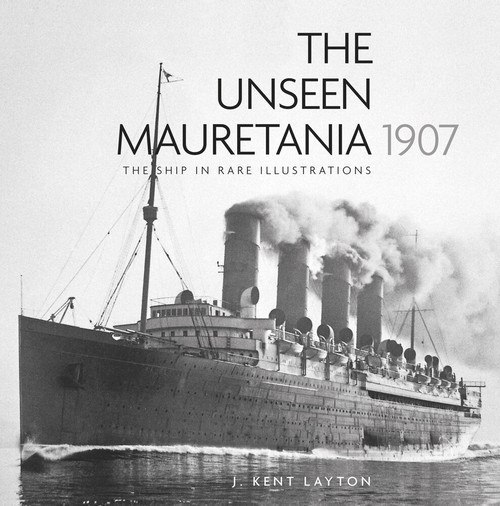 When she took to the rugged North Atlantic for the first time in November of 1907, the Cunard company’s Mauretania was the world’s largest and most luxurious ocean liner. But beyond her comfort and size, it was hoped that her mighty engines would guarantee that she would also become the fastest ship on the Atlantic. She and her sister ship, the Lusitania, carried with them the hopes of an entire nation. Although the Lusitania’s life was tragically cut short in 1915, the Mauretania went on to hold the Blue Riband speed prize for 22 years. This evocative book by maritime expert J. Kent Layton follows her glorious career spanning portions of four decades of the twentieth century.