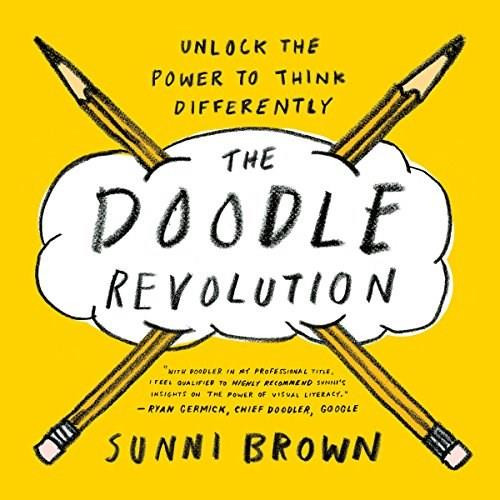 There is NO SUCH THING as a mindless doodle

What did Einstein, JFK, Edison, Marie Curie, and Henry Ford have in common? They were all inveterate doodlers. These powerhouse minds knew instinctively that doodling is deep thinking in disguise-a simple, accessible, and dynamite tool for innovating and solving even the stickiest problems.

Sunni Brown's mission is to bring the power of the Doodle to the rest of us. She leads the Revolution defying all those parents, teachers, and bosses who say Stop doodling! Get serious! Grow up! She overturns misinformation about doodling, demystifies visual thinking, and shows us the power of applying our innate visual literacy. She'll teach you how to doodle any object, concept, or system imaginable, shift habitual thinking patterns, and transform boring text into displays that can engage any audience.

Sunni Brown was named one of the "100 Most Creative People in Business" and one of the "10 Most Creative People on Twitter" by Fast Company. She is founder of a creative consultancy, an international speaker, the co-author of Gamestorming, and the leader of a global campaign for visual literacy called The Doodle Revolution. Her TED Talk on doodling has drawn more than a million views on TED.com. Her work on visual literacy and gaming has been featured in over 35 nationally-syndicated news programs and reported on in The Wall Street Journal, CNN.com, the BBC, Fast Company, Inc. Magazine, etc.