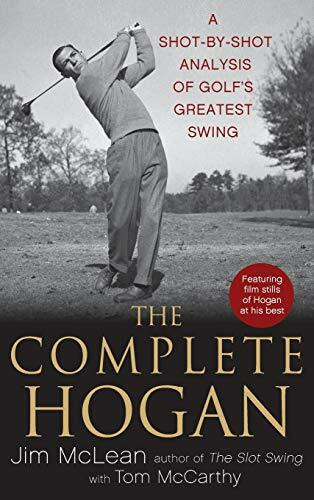 Golf legend Ben Hogan had the perfect golf swing, but how exactly it worked has long been a mystery—until now. Using footage from three never-before analyzed films of Hogan at his very best, Jim McLean analyzes the crucial motions of Hogan's entire golf swing and shows you how to integrate his mechanics into your own game. You'll study Hogan's blend of club head, club shaft, hands, ankles, knees, hops, shoulders, and head motion—a symphony of movements with an ideal sequential development of power. It's as close as you can get to teeing it up with Hogan yourself.

There have been many books on Hogan's swing, but never one, including his own, that illustrates his swing at its most perfect, and never one that shows its mechanics so clearly and completely.