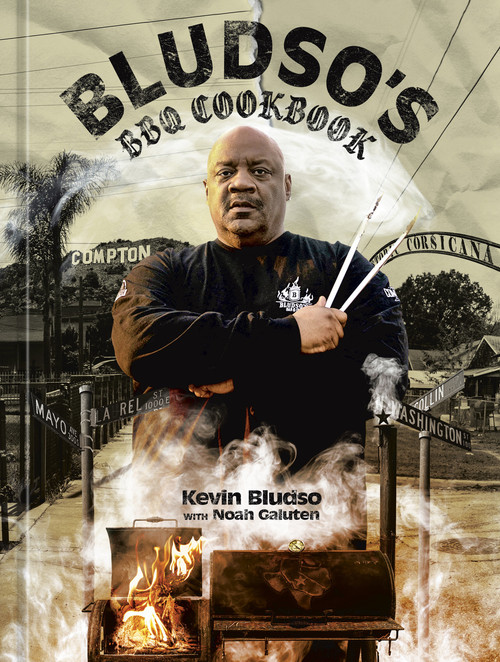 A deep look at family, community, and Texas BBQ through 90 recipes and stories from the famous pitmaster and restaurateur behind Bludso's BBQ.

Kevin Bludso was born and raised in Compton, California, by a Black Panther–supporting mother and a police officer father. To stay out of trouble, he spent his summers in Corsicana, Texas, where he was schooled on the art of barbecue and worked long, hot hours on the pits at his granny's legendary BBQ stand. In 2008, Kevin opened his own Bludso's BBQ, a small walk-up stand in the heart of Compton that has led to multiple locations in California, Texas, and even Australia.

In this honest and engaging cookbook, Kevin teaches you everything you need to know about BBQ: choosing, seasoning, trimming, and cleaning your pit, how to select your brisket, ribs, and sausages, plus all the rubs and sauces you could need. Kevin also shares 90 delicious recipes for main meats such as BBQ Lamb Leg, Spicy Curried Oxtails, Buffalo Rib Tips, Blackened Catfish, and Grilled Mojo Shrimp; sides such as Creole Cabbage, Pinto Beans, and Down Home Mac & Cheese; and even desserts such as Mom's Banana Pudding, Buttermilk Pie, and Kevin's famous Hennessy on the Rocks, along with the mouthwatering photographs to accompany them. But The Bludso Family Cookbook is also a story about Kevin's family and community. It's a love letter to the often misunderstood city of Compton, and the story of how Kevin has fed and supported his own community while teaching everyone the art of barbecue.

This is more than a cookbook; it's Kevin's story about family, food, and how following your passion sometimes leads you back home.