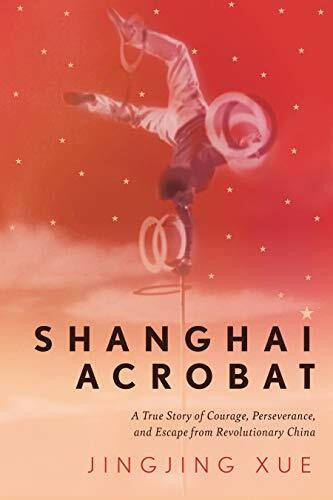 An artfully-wrought memoir of an orphan boy who became a world-famous acrobat under the thumb of China’s Communist regime.

In 1949, when much of China’s population was starving under the reign of Communist leader Mao Zedong, two-year-old Jingjing Xue was dropped off at a Shanghai orphanage. At nine years old, following the Communist Revolution when acrobats were pushed to the lowest stratum of society, the Shanghai Acrobatic Troupe had to turn to orphanages to secure new members. Jingjing, chosen for his small stature, was told what he would become.

This extraordinary autobiography tells the moving story of Jingjing’s rise from poverty to become an admired performer in China and beyond—at times touring both communist and capitalist nations, representing China in the Shanghai Circus, and rubbing shoulders with key political leaders, and at other times enduring countless threats and privation at the hands of the anti-intellectual and anti-artistic Maoist regime, including interrogation, forced labor, and detainment.

With a deft hand and a disciplined eye, Xue examines the personal and philosophical consequences of the Cultural Revolution and the despair of performing under the weight of ideology, weaving together historical fact, cultural relics, song lyrics, old Chinese proverbs, and photographs to paint a full portrait of the Maoist regime and the tumultuous latter half of the twentieth century. He also recounts the mystifying experience of emigrating to a new nation and building a new life through grit and determination. Xue’s story is striking, but it is also a universal meditation on journey and migration, toil, and yearning. When freedom, expression, and passion come at a profound cost, how much will you sacrifice to pursue your dreams?