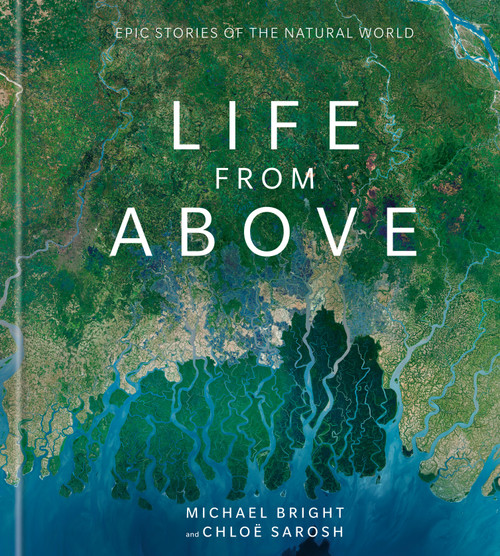 With over 200 spectacular images, including astonishing satellite photographs and stills from the BBC Natural History Unit's footage, Life from Above reveals our planet as you've never seen it before.

Thanks to advanced satellite images, we can now see the earth's surface, its megastructures, weather patterns, and natural wonders in breathtaking detail. From the colors and patterns that make up our planet to the mass migrations and seismic changes that shape it, Life from Above sheds new light on the place we call home. It reveals the intimate stories behind the images, following herds of elephants crossing the plains of Africa and turtles traveling on ocean currents that are invisible unless seen from space.
The true colors of our planet are revealed, from the striped tulip fields of Holland to the vivid turquoise lakes in Iceland to the green swirl of a plankton super bloom attracting a marine feeding frenzy. Whether it's the world's largest beaver dam--so remote it was discovered only through satellite imagery--or newly formed islands born from volcanic eruptions, you'll discover new perspectives with every image.