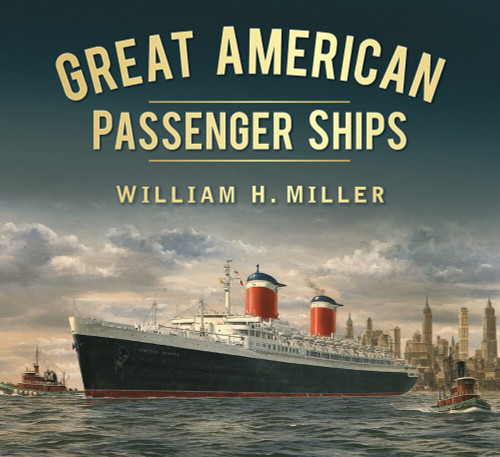 Full of previously unpublished images and insightful text, a nostalgic look back at a century of U.S. passenger ships

The United States has produced some of the world's finest, most interesting, advanced, and innovative passenger ships, such as the amazing SS United States, the fastest ocean liner ever to sail the seas, ingloriously left lying in limbo for 42 years. This book also documents passenger ships seized in wartime, notably the giant German SS Vaterland, which became the Leviathan in the United States Lines, as well as many newly built passenger ships, such as Santa Rosa, Lurline, President Cleveland, Independence, and Brasil. Also included are peacetime troopships as well as "combo ships," the once very popular passenger-cargo ships. The great saga of American liners continues to this day with modern cruise ships in Hawaiian service. The cast of ships is both vast and varied, but endlessly fascinating. Presenting many unpublished images alongside historic, insightful text including personal anecdotes of the ships and voyages from passengers and crew alike, William Miller takes the reader on a nostalgic voyage and the great American passenger fleet sails once again.