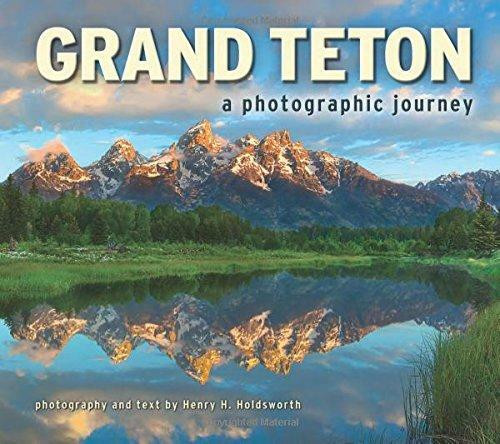 As a resident of one of the most photographed places in America, local award-winning photographer Henry H. Holdsworth has captured the essence of Grand Teton National Park with his camera, as an artist would with palette and brush. From the Tetons' dramatic seasons that blanket the landscape with cold and snow and then warm it again with a splendid rainbow of wildflowers, to wildlife large and small that endure the area's fickle weather, to the park's crowning glory - the rugged peaks of the Teton Range towering above Jackson Hole Valley, awash with alpenglow - Holdsworth has painted this mystical, wild place beautifully with his lens.

A biologist as well as a photographer, Holdsworth is driven to not only capture and preserve that perfect moment, but to also bring a greater appreciation of nature and its preservation to others. His beautiful images are accompanied by informative, and often entertaining captions, drawing on his background in biology and his decades of personal experiences in the park.