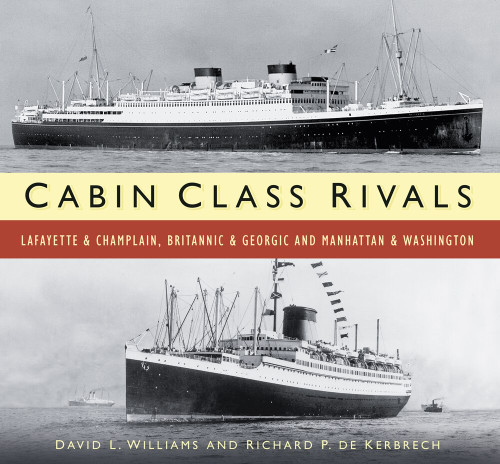 In the wake of the U.S. government’s immigration restrictions introduced following World War I, the classes of accommodation on the North Atlantic changed dramatically, triggering the rapid rise of the Tourist and Cabin grades. These proved extremely popular, offering a high standard of service for a relatively modest fare, undercutting the established First Class trade and acting as a catalyst for the leading shipping lines to invest in modern, quality tonnage specifically for this new class, even at the expense of planned giant liners. Six outstanding ships emerged, three competitive pairs: the Lafayette and Champlain representing France, Britannic and Georgic flying the Red Ensign, and Manhattan and Washington, the most advanced American-built liners up to that time.