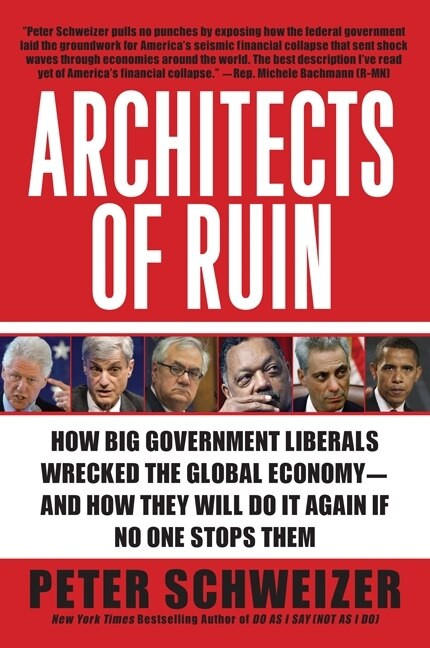 In Architects of Ruin, New York Times bestselling author and conservative historian Peter Schweizer argues that the economic crisis was caused by liberals who used the power of government to create a subprime mortgage bubble that has ravaged the global economy. Rebutting charges that the financial collapse was caused by conservative deregulatory zeal, Schweizer, the author of Do as I Say (Not as I Do): Profiles in Liberal Hypocrisy, shows that it was actually the result of “do-good capitalism.”