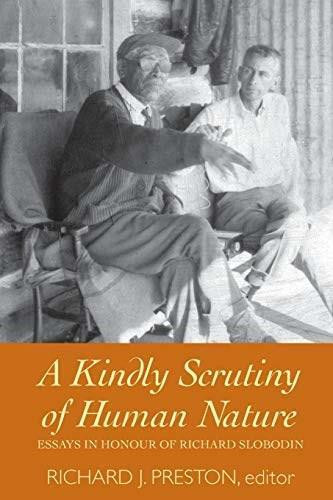 A Kindly Scrutiny of Human Nature is a collection of essays honouring Richard (Dick) Slobodin, one of the great anthropologists of the Canadian North.

A short biography is followed by essays describing his formative thinking about human nature and human identities, his humanizing force in his example of living a moral, intellectual life, his discernment of people’s ability to make informed choices and actions, his freedom from ideological fashions, his writings about the Mackenzie District Métis, his determination to take peoples experience seriously, not metaphorically, and his thinking about social organization and kinship. An unpublished paper about a 1930s caribou hunt in which he participated finishes the collection, giving Dick the last word.